It's A Mundane Cycle, Y'all 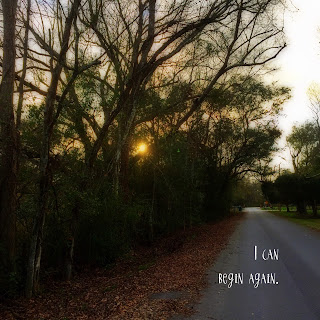 I've been back to see my livid liver lady. It seems my liver enzymes are normal at this time, and I have a hemangioma on my liver. I go back in a year. I think it's the physician's expectation that all will be well at that time and I can "fire" him. He will be the second physician I've "fired" on this journey. I know it's a good thing. I'm grateful for their expertise, that's for sure.

When I go back to the colon oncologist in April, they may be moving me to what they call aftercare, which will be mostly a matter of continuing monitoring, only maybe not as intense (I've been to MDA for one thing or another every month since December). Though I will miss my colon oncologist and his PA, this is movement in a positive direction.

I told someone that one of the gifts of my cancer has been the heightened awareness of my limited time in this life. We all know, on an intellectual level, that we are walking around under a big hammer and we never know when it's going to fall. Our time is limited but most of the time we don't even think about that. I've been trying to reevaluate myself and my life in light of my health issues. I know I've grown. I've discovered I'm stronger than I thought. I have progressed.

But I'm not entirely satisfied with where I am. I want more, and I can't seem to pin down what "more" would look like for me. Some of the things I want, some of the ways I want to be, I'm not sure those things are me. I'd like to be more disciplined, for instance. I say I'd like to have familiar and dependable routines. I do have routines, they just aren't exactly routines I'd like to brag on! I want better routines.

Honestly, I have to ask myself, is a better routine what I really want for myself, or am I just comparing myself to other friends who are almost anally routine and thinking I fall short? I have a friend who reminds me that it's all about "the direction of correction."

But then again, since I am relatively undisciplined, with irregular routines, I am naturally more flexible. Flexibility is good, right?

I've heard people say that dealing with cancer has caused them to look at their lives, to measure their time better, to drill down to what's really important to them. In that process, some things naturally fall away. I've been thinking along these lines, but I haven't really drilled down, and I don't think I've let much of anything actually fall away. Or if I did, it was something I needed and wanted, like my walking. 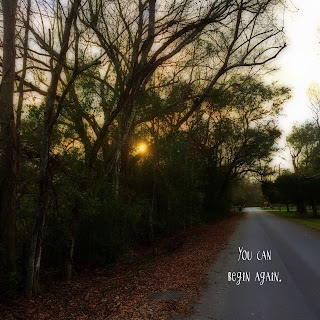 I did recently begin again with my walking routine. I'm slow getting back at it. That's okay, because I am learning I can sometimes reset and begin again. We all can. All it takes is some determination and persistence! Yes! It's easy...not! But what else is there? Do I want to sit and criticize myself for what I have not done or accomplished, or for not being what I think I want to be? I don't know. 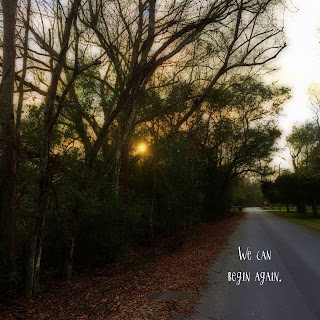 Oh dear, now I'm going down another rabbit trail. I attended part of a presentation on dealing with an active shooter on campus (yes, it was sobering). The officer talking said there were three ways we might react, or maybe we'd do all three. Some would be in denial, thinking it wasn't shots they heard, or thinking they could reason with the shooter. Some would deliberate and think too long about what to do. And others would quickly put together a plan and execute it as well as they could. I was listening and trying to imagine which person I'd be (even though I firmly believe none of us civilian types know for sure what we would do under those circumstances). When he said some of us might have to channel our inner wolf and act off of our indignation over someone daring to do this to us, and to our coworkers, that's when I thought, "uh-oh, that does not bode well for me." I'm not good at confronting others about being rude to me. How am I going to confront an armed man? Because, in that case, assertiveness might be the thing that saves me and others around me. While it is a shame that we have to be playing out these scenarios and planning our actions, it good to try and develop a plan before the disaster hits. I guess what I'm saying is there may be times when I need to stand up for others. And I need to be strong enough to do that.

This is rambling, and I'm about to run out of room so I'll have to hush for now. I think there's another story from this but it will have to wait for another day (or another month, if my recent writing pattern is any indication.)

Maybe I think too much and do too little?
Posted by annie at 2:18 PM 8 comments: