Reconciling the Story of Life and Death

(Grief is a strange thing. Don’t let anyone ever tell you time heals all wounds. Time lets you learn how to carry your grief, how to live with it without it smothering the life out of you. I’m walking my third year in grief and I’m learning. There are questions I still have, and times when I think it is all so damned unfair. This is one story I remembered from my son’s life after my friend helped me out a bit with one part of the story of my son’s death.)

There was once a tree in the center of my front yard. It wasn’t the only tree in my front yard—there are two live oak trees that still stand. The tree that is gone was a Bradford pear. It was given to me shortly after my brother died in 1994, a memorial gift. We planted it in the center of the yard and I imagined how pretty it was going to be when it was mature enough to bloom pretty white flowers and then to have the mottled red leaves in the fall.

The tree did not survive because one day, my son, who would have been around eight at the time, came careening around the corner on his bicycle, yelling, “Look, Mom!” He was riding “no-hands” and he curved into the drive way and hopped right off the bicycle. He thrust his hands straight up in the air in a victory celebration and we both watched as his bicycle kept on going as though under its own volition, right straight into the tender trunk of my newly planted Bradford pear tree. I imagine both of us were pretty wild-eyed looking, though for different reasons, I would imagine.

I rushed over to see if maybe the trunk had somehow not been broken clean off at the ground, but that was not to be. The trunk was cut smooth off, right at the ground.  My son gathered his bicycle and was appropriately regretful but there was no fussing from me that day. It wasn’t really something we could have predicted. It just happened. Beyond the power of either of us to interrupt it.

When my son was older, we often had deep talks. Several times he indicated to me that he didn’t think he would live to be very old. I remember when he turned twenty-two, I breathed a sigh of relief that he’d made it past twenty-one. But I often told him that he could not keep doing the things he was doing, that one day his heart would just give out.

This is basically what happened. His heart was enlarged. The coroner said his heart was like the heart of someone who had a history of untreated high blood pressure.

I’ve wondered about this in the last couple of years. How could he or I know those things? Did we know them, or was it all coincidence? I don’t know. I wondered, at times, why my love was not enough to save him. I just don’t know.

What I know is that I needed to somehow get these things straight in my mind. I needed a comforting narrative and it needed to better than something like “God needed another angel in heaven.”

And one day, when I’d written the umpteenth email to a friend, trying to unravel these things, he said something that is so simple and yet so profound to me, something to which I think my son would totally nod his head and say “Yeah, mom, that’s it. It’s just like what happened with the tree. Beyond our power to interrupt it.”

(In my head, I'm hearing my son's voice saying this, and we are hugging each other. It is so real to me that I smell him.)

My friend said, about my son’s life, “It just played out—beyond the power of either of you to interrupt it.”

Lord knows we both tried. And we both loved hard and fierce. I wish things had turned out differently and I miss him every day, but we did the best we could and this is how it all played out. 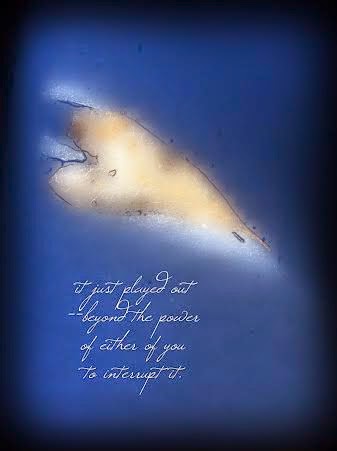 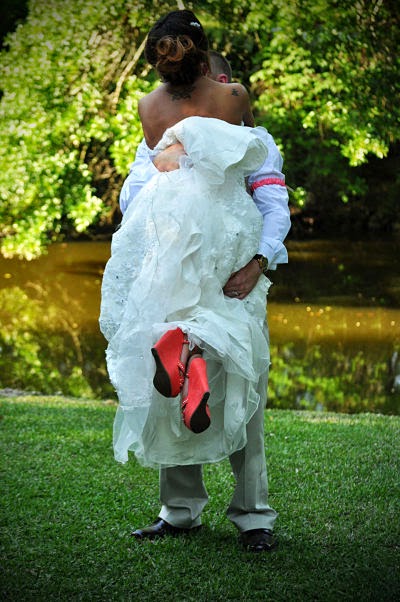 People asked:
Why?
Why have a wedding on Easter Sunday?

Don’t they know people have other things to do on Easter Sunday?

Oh, how I love this young man. 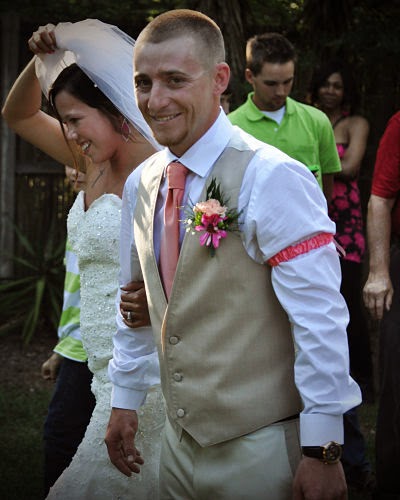 He hugged on me and loved on me and kissed me and patted my back
and stomped his foot and said:
“Dammit, he shoulda been here.”

And we all cried at the poignant truth of his words.

Still, what better day than Easter Sunday to celebrate love and a new marriage? 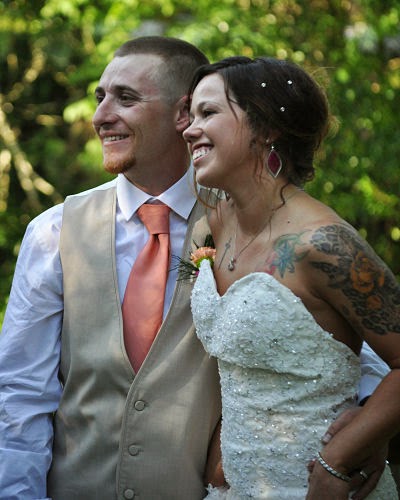 There is so much good with the bad,
so much happiness with the sadness,
or maybe it's the other way around:
much bad with the good,
much sadness with the happiness,
I don't know.

What I do know is that life goes on.
Beautiful brides still smile as they hold the hands of their husband to be
and speak their vows of love. 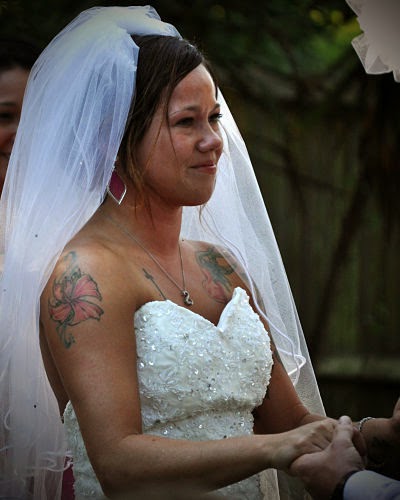 Even as mourning mothers watch,
their eyes brimming with joy and sorrow.
Posted by annie at 8:21 PM 4 comments:

The "Brutiful" Winter is Gone

It's been a beautiful and a brutal winter, both literally and metaphorically. "Brutiful" is the made-up word I saw sometime today on a blog post somewhere. Yes, that. We had "snow days" on two different occasions. On one of those breaks, it actually snowed! It was enough to blanket the ground in a solid white that lasted a couple of days. I was grateful to see snow again! But the cold weather seemed to last forever. The cold and the dark was not good for my soul. I said more than once that I did not know how people up north survive the length of winter with its lack of light.

The winter was brutal on my exercise schedule and I got off track with that. I am slowly trying to get back around to a regular walking schedule. Progress is very slow.

But now spring seems to have arrived around here and I am in a somewhat better frame of mind (or I hope to be, very soon). I have stories in my head that I want to write but they seem to be stuck and the words won't come out. My thoughts don't seem to be sticking very well and I can't remember sometimes if I have written about certain things or not. 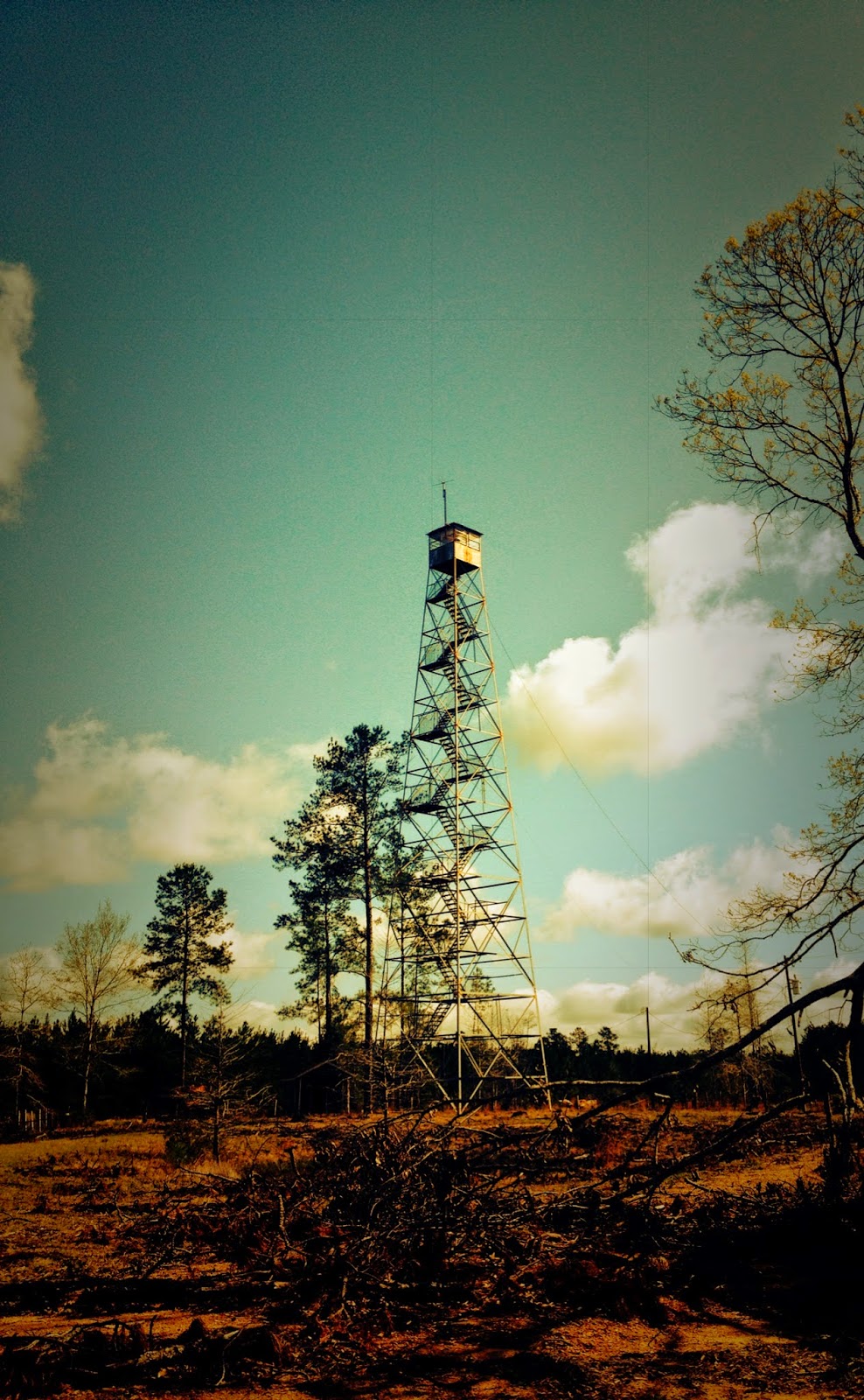 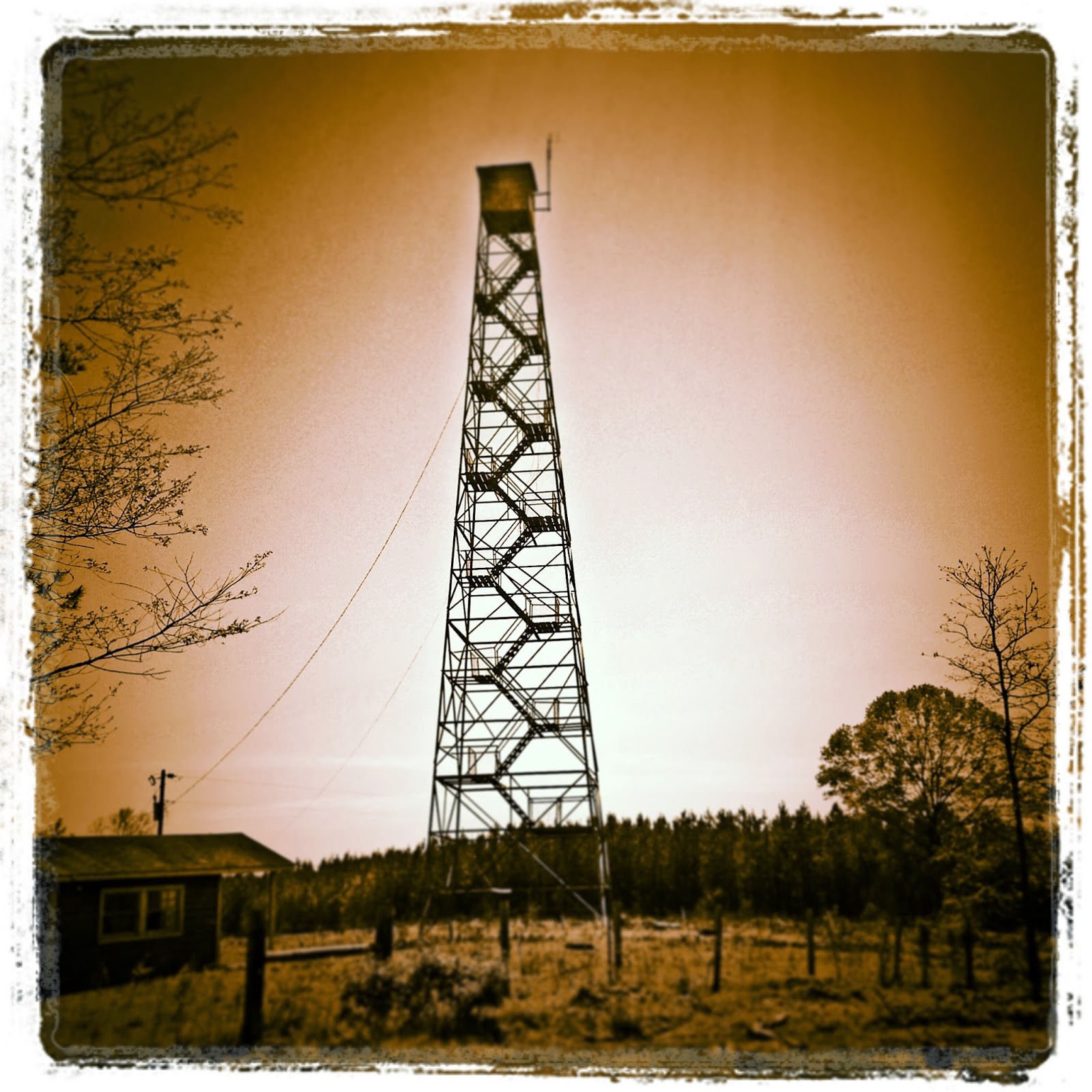 It wasn't long ago that I stopped and took these photos of an abandoned fire tower located in a field on one of the roads we often travel when we go to the country. They make me remember that part of what I am doing as spring comes is to look around and survey my grounds to see what damage winter has done and to see the places in my life where my attention is needed most.

My blog is one place I want to direct my attention. Comparing myself to others (and coming up short) is one thing that keeps me from here. It is a debilitating self-consciousness that keeps me sitting quietly in the corner. Right now, I have three stories that I need to tell. I need to relax and get them told. Maybe now that the weather is improving and light is returning to the days I will open up and let the stories flow. I want to. I surely do. It seems to me that a commitment to just showing up would be helpful. 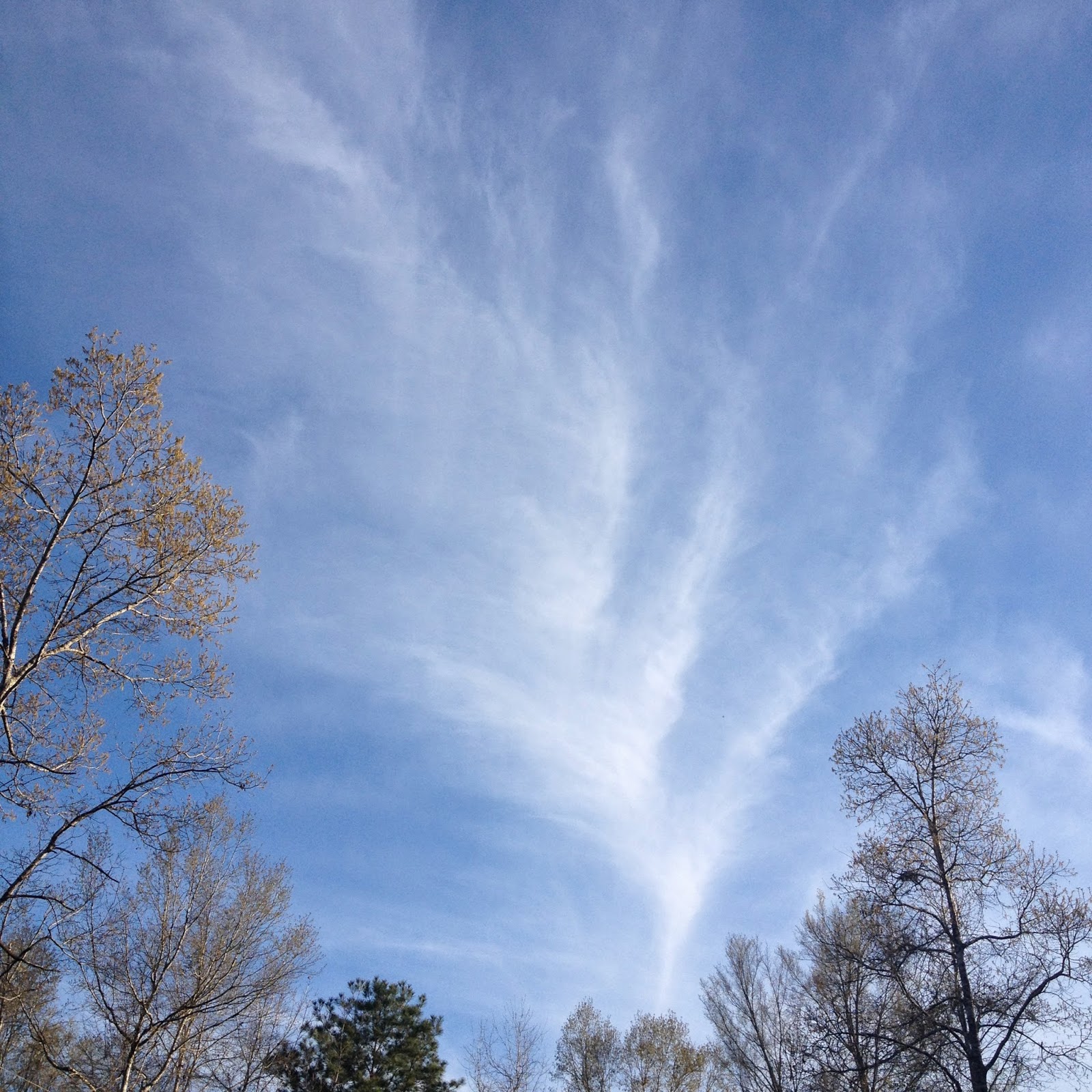 Maybe now that the light has returned to the skies, and to the days, I will throw off that dark cloak of winter and choose to show up again, here on the blog, and in my life. I desperately need to.

I am grateful for the light.