The Much Longed For Five Year Mark! 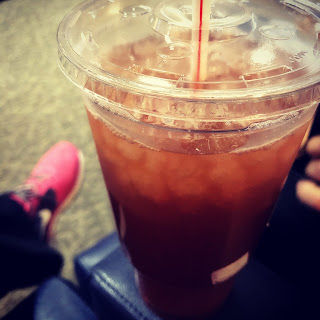 Today was my day to hear results from my CT scan. Everything was clear and looking good. I was worried because I had been anemic. I tested positive for blood in my stool. My colonoscopy was clear. But because of the anemia, they did an upper scope, where they saw mucus (fatty liver doctor had a fancy word for this). Then they decided to do a camera pill endoscopy. I'm not good at swallowing pills so that was an anxiety producing procedure. I was able to swallow it and (possible TMI alert) saw the blinking flash of the camera after I passed it. That didn't show any definitive answer. The fatty liver doctor thought my bleeding might be due to anastomosis. I'm no doctor, but when I looked that word up, I decided that was probably not the problem. By the time my team finally got together and discussed this, they also decided that wasn't the problem, because the surgery had been done so long ago.

By the time they arrived at the conclusion that this looked like dried blood (how can it be dry in such a wet environment?) my anemia had disappeared and I was back on track. They told me the blood could have been old, could have been from a hard stool, or severe diarrhea (again, maybe TMI for the average person). Keep in mind, I never saw any blood. I was anemic. They had to check it out.

It's hard when these possibilities are being discussed, when it feels like they take so long to let the patient know what is going on. This patient has an active imagination and has to do a lot of pre-worrying, and is generally convinced that this will be the time they are going to come back and tell her she's a goner for sure.

The patient firmly believes she finally got a direct answer from the fatty liver doctor because, after sending several patiently polite emails, she sent an email saying she assumed this was not a matter that need to be taken care of in a timely manner. Patient also mentioned that she was having trouble quelling her anxiety about that might be happening with her body.

Also, this patient loosened up on her healthy eating habits and was not as active as she had been. To be fair, the holidays are a challenge to most of us when it comes to trying to keep healthy habits. Additionally, this patient is sure everyone has noticed the entire world seems to be in a dark place right now. The patient might have spent a moment or two wondering "what's the point?"

I read somewhere about a hockey coach/player who had colon cancer. He was going through chemo and had decided he'd had quite enough. But he talked it over with his wife and he thought about how it was for him with hockey—when down 7-1, he still played to the end. That's what I want to remember, to play to the end. I sat around a little too much and I ate far too many sweets over the holidays (and before, if I am honest). I got discouraged and thought I'd never get to this five year mark, thought "They" would always find something else. Yet, here I am, having made it. And now I need to remember that even if I am down 7-1, I need—I want—to play to the end. The sad thing is, I've never actually even been down 7-1! That problem has always been only in my head, a product of my over-active and melodramatic imagination! 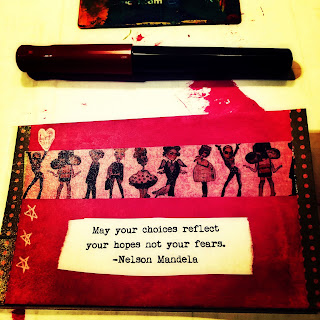 Today I was grateful and maybe a bit surprised when they told me I was ready to move to survivor care. I no longer have to do yearly CT scans and I only need to do colonoscopies every five years.

I came out with mixed feelings. I have a colonoscopy scheduled for April. I still need to work on getting back on the eating healthier and exercising regularly wagon. I still have several years of mammograms to get through before I'm ready for survivor care with breast cancer.

I'm still working on my breast cancer issues. I still need to work on building stronger bones. AND, I am a five year colon cancer survivor.
Posted by annie at 10:16 PM