Well, that was kind of scary, Ayekah reminding me in her comments to my last post of the need to move toward the new normal in the aftermath of the hurricane and other storms, in light of the fact that I had a draft written that was not quite where I wanted it to be and so I had not posted it... 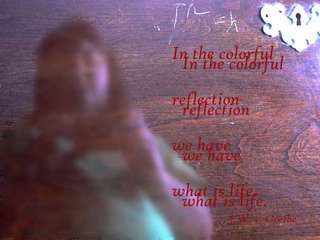 All I wanted the boy to do was learn to write his name. He was at the age where he was supposed to be interested in that kind of stuff and we played around at writing his name here and there, but he never really gave much indication that he was ready to write his name. And then one day, I came to dust my expensive drop leaf desk and discovered the childish scrawl of letters carved into the wood with a pencil. "New normal" -- a carved up desk.

Like living in the aftermath of a hurricane, living with (and loving) someone who has problems with substance abuse forces one to find a way to craft a "new normal". WalMart closing at eight o'clock during the busiest time of the year, blue tarps on housetops, sunshine where there used to be shade, Burger King closing at five o'clock, these things all equal "new normal" after a storm. And there are bigger losses. But my point is, when we have not experienced the storm ourselves, we are often blissfully unaware of the things that remain lost long after the storm has passed. And we forget that anyone who suffers through a storm has to deal with and grieve these losses as part of their stumbling procession towards "new normal". That is, if they want to progress. 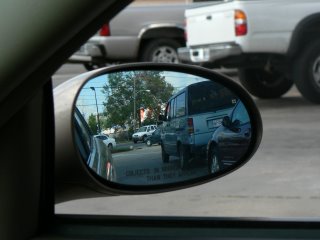 Many times, good things will come from the experience and we find we are grateful for the new normal, for the changes in our lives that were precipitated by the storm and we would never want to return to the way things were, or might have been. I really do believe that the sooner we can arrive to a place of gratitude (maybe not necessarily gratitude for the "storm" but gratitude for provision and progress through the storm), the better off we will be. I have believed this for years, and probably "preached" it to others-- preached it from a place of calm in my life, before the storm, with no clue as to how difficult it actually is to practice what I preach. It takes time and deliberate effort to move towards gratitude when things just aren't going your way.

I have been working for several years on a new normal and I am nowhere near finished (nor will I ever be, I suppose, that is life, isn't it?). Frankly, I am a little weary of the struggle because I thought surely, by now, I would have something really bright and shiny to show for my efforts. True gratitude requires letting go of expectations. It's been difficult lately for me to arrive at true gratitude because of my misguided expectations. As a result, I have been dealing with the problem of bitterness. I do not want to be bitter. Although it may be a natural part of the progression, it is not a place I want to be intimately acquainted with. It's tough work, moving through a storm, moving from bitterness (and grief over what might have been) toward gratitude to embrace the new normal. Who among us really likes to have our little worlds shook up? 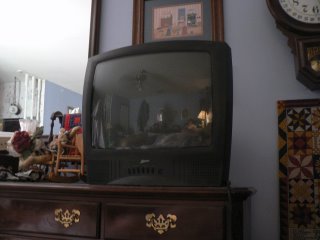 I can write about hurricanes and wayward sons, but we all have our storms. I have watched people after this storm and I have watched teens and their parents weather the storm of substance abuse. There are those who work themselves to death trying to get things back to the way it was as quickly as possible. They want to get everything fixed and forget anything ever happened. There are those who are numbed and not sure what to do, so they do nothing. They want to sit and grieve that something has happened (at least, until "the fit hits the shan", and they are forced to do something, unless they like sitting around in the muck and mire). Then there are those who know things will never be the same and they adjust and move on to their new normal.

The simple fact is, no matter what we do, or how we react, there are some things that will never be the same. There are trees that will not grow back, not in my lifetime. The landscape has been forever altered. And our brightest hope is to accept that and move on to the new normal.

"Look not mournfully into the past.

It comes not back again.

Go forth to meet the shadowy future,without fear." 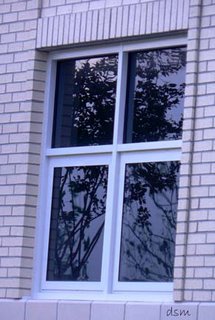 "Have courage for the great sorrows of life and patience for the small ones; and when you have laboriously accomplished your daily tasks, go to sleep in peace. God is awake" Victor Hugo